Romania’s political scene is degraded by the existence of systemic corruption and its
natural consequences: clientelism, monopoly power, darkness decision, the abuse of
emergency ordinances or recovery of actual damage to public budget. Even if citizens
are conscious about the breaches of the law, do not oppose and fight against because
they do not know their rights and mechanisms of action. And for the major
deviations from the rule to be notified, it is needed to activate the awareness of the
status of citizen as part of a community building a social (pro)active conscience,
creating public debate and monitoring decidents at all levels.
At the moment it is clear that external pressure for change is no longer sufficient and
that it is necessary to increase citizen involvement in public affairs at both personally
and in the communities in which they live. We intend to work at fundamental group
level for strengthening democratic rule: young people, teachers, magistrates and
journalists or experts and academics and offer them a better understanding of the
rule of law, to explain why these issues are the basis of any civic construction, what
happens in its absence and what are the major risks of skidding. We will discuss
along the country with citizens, experts and journalists on mechanisms to combat
hazards that may affect the stability of a state. Since journalists are under political
pressure, we will connect them with magistrates to strengthen the capacity of public
reveal corruption, cronyism and bad governance. This project builds instruments
through which citizens can fight against corruption and bad governance.

What are we going to do?

During the 12 months of the running of the project, we will organize

● 5-day seminar for teachers ( School for Democracy, edition
2015) through which we focus on a non-formal and applied teaching of
the key concepts such as the rule of law and offer to a total of 18 civics
education and history teachers the tools needed to present them to their
students. Thus, will be treated topics such as the cycles of public policy,
access to information and transparency in decision-making and
monitoring methods of public institutions or instruments of community
organization and public participation.
● a launch event in order to open discussions about justice, human rights and
deviations from the principles and functioning of rule of law. We aim to create
opportunities for networking and partnership between project beneficiaries.
View event registration here. 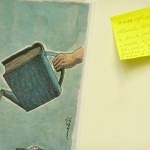 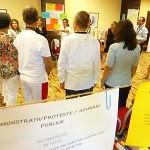 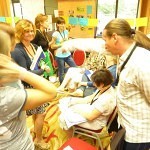 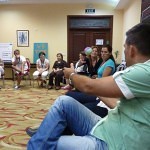 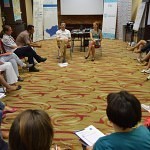 ● three training seminars for young people. D emocracy School will
include a component that will allow each participant to plan a project or
activity and to implement it in the civic community or group from which he
comes from, to assure the dissemination of the information to other members
of the communities where the participants come from. EFOR and partners
will help teachers to plan and implement these activities.
Calendar
Oct. 10 to 11 – College Stephen Odobleja, Drobeta Turnu Severin
October 31-November 1 – School No. 2 Videle
November 16 – Goethe German College, Bucharest
November 18 – Technological Lyceum Constantin Lucaci, Bocşa
November 19 – College Mircea Eliade, Resita
November 25 – AI Cuza National College, Focsani 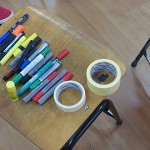 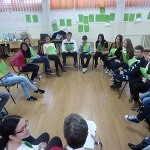 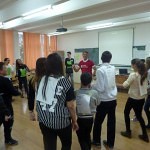 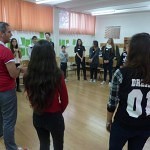 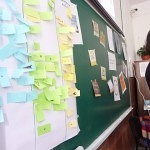 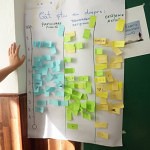 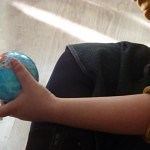 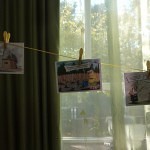 ● two seminars for judges and journalists, which will bring together
prosecutors and investigative journalists to exchange experiences on methods
of investigating corruption and that are designed to give journalists the
opportunity to establish links with these institutions in order to create a
cooperation long-term basis.
● five debates on topics related to the rule of law, which aim to highlight the
role of justice and in general, of the rule of law for the existence of a
democratic balance and to avoid manifestations of populist extremist, that
incite to hate or discriminate. We will address mainly to students from the
faculties of law, political science and administrative, professional
communities, journalists etc. Also, we will address to citizens interested in
these topics and we will treat them in an accessible format and open to all
those interested.
Calendar
Projection and debate Râşnov: Why me? Citizen vs system
Cluj Projects & debate: Why me? Citizen vs system
To each of the debate will be present at least three experts, with increased visibility
for respective fields. Some of the debates will be part of the campaign a lone against
all , carried out by the team of the film Why me? (Director Tudor Giurgiu) and
Hotnews.ro.
● an event to disseminate the project results through which the Expert
Forum and the partners will present the results of project activities,
success stories and all materials and resources produced in the project
implementation. We will try to ensure continuity of the project by
identifying partners who will support the activities EFOR.
We will also publish
● Four reports on the current state of the rule of law and violations of
democratic principles. These will cover topics such as access to justice,
human rights violations, ensuring transparency in decision making, legal
abuse, functioning state institutions.
Arrears of law on correspondence voting
Correspondence voting: yes, but not anyhow
Lottery of correspondence voting: you send it, but nobody knows where it reaches
Who do we address?
● 18 teachers specialized mainly in teaching history and civics that will
attend a training seminar
● 100 young people from the communities where teachers come from
● 25 magistrates
● 15 journalists working mainly in investigations of corruption or political
clientelism and will consider selecting more people from publications from
the country, which are subject to local political pressures.
● 175 students, experts, citizens, journalists, participants in civic debates
Partners: Romanian Center for European Policies, Freedom House, Liderjust,
Fylkesmannen I Sogn og Fjordane
Period is 12 months (1 April 2015 – 1 April of 2016)
Budget: 82,970.00 euros, out of which 74,625.00 NGO Fund

Project financed through EEA Grants 2009 – 2014, from ONG Fund in Romania.
The contents of this website do not necessarily represent the official position of the
EEA Grants 2009-2014. T he entire responsibility for the accuracy and consistency
of information presented is of the initiators of the website; F or official information
about the EEA and Norway Grants go www.eeagrants.org .